Storytelling: Parzifal and the Quest for the Grail – Philippe Sibaud 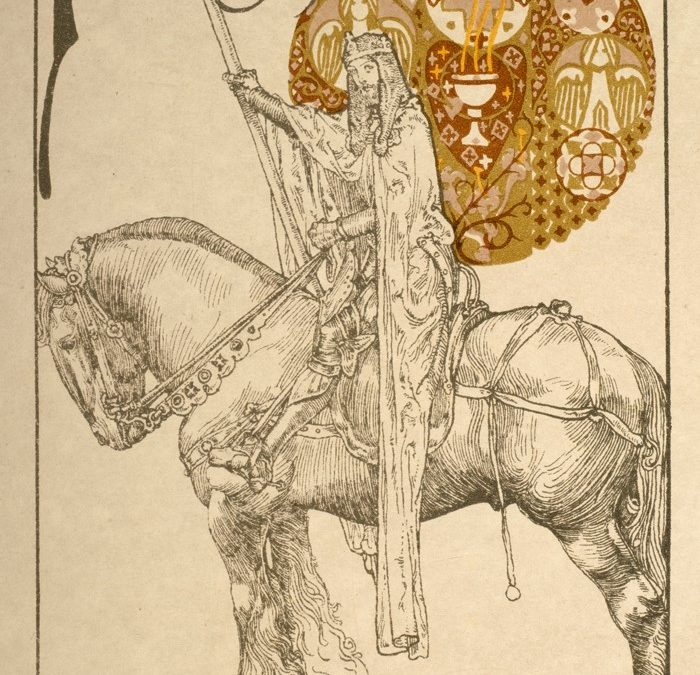 Philippe says… In astrological parlance I suffer from the affliction of a Saturn/Mercury conjunction. In layman’s terms, joining together Saturn (contraction) and Mercury (communication) may make oneself very uncomfortable in one’s expression. Indeed, I have always been bad at telling stories – be they jokes or life stories – always feeling that I was losing people’s attention half way through, always having difficulties to really embody the story and own it. A cruel lack of confidence in the delivery, especially when the audience exceeds four people. The Creative Project was therefore a perfect opportunity to challenge myself and step out of my comfort zone. Tell a story and learn a little bit about yourself, I thought. Parzival is itself an archetypal tale of individuation: the story of Parzival’s quest for the Grail, says Marie-Louise von Franz, “ point[s] to the individuation process as being the aim and object of the way of development decreed for him” (von Franz 1998, p.172). A double movement towards the concept of individuation, then, both in the content of the material and in its context. What I will therefore strive to do in the essay is to explore the relevance of my Creative Project to my own journey of individuation – as revealed through the impulses, both conscious and unconscious (the latter, that is, that have since been brought to consciousness), that led me to telling the story of Parzival, and through the challenges (and gifts) that marked out this process.

Several versions of Parzival’s quest for the Grail have been written. In this Review I will be referring exclusively to Wolfram von Eschenbach’s text, written in 1210. The reasons why will be explored later on in the essay.