Speaking from the Heart – Lindsay Gladstone 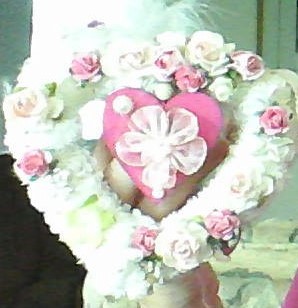 This project sets out the creative process that crystallized in my endeavour to attempt to momentarily create a soul connection with my fellow students through the theatrical production of a sketch titled “Speaking from the Heart”. I include material that corroborates the idea of the value of self judgement through the act of heart-felt confession. In order to combine these two practices in an artistic fashion I had to connect the concept of the soul to an instantly recognizable cultural image that served both as a visual and empathic bridge between myself and the group; while at the same time connecting the soul to the cosmos. It was for this reason that I chose the symbol of the heart. For is it not the heart and the expression of its intentions that influence our behaviour towards others? The ‘Upanishads’ write of the supreme Cosmic Spirit, Brahman, “He is the bridge of immortality. Where all the subtle channels of the body meet, like spokes in the centre of a wheel, there he moves in the heart and transforms his one form unto many.” I have a deep rooted interest in the Pharaonic civilizations of ancient Egypt. The star lore and religious belief of this ritual perfectly encapsulates the concept that I proposed for my presentation. Nicolas Grimal, Professor of Egyptology at the University of Paris, Sorbonne outlines the ritual in his book ‘A History of Ancient Egypt’,

The Egyptians … envisaged the judgement of the deceased by a court consisting of forty-two gods (one for each nome), over which Osiris presided. The deceased was brought before them and placed in front of a large set of scales, beside which stood Thoth and a mythical animal, part lion, part crocodile, whose role is explained by his name: ‘The Great Devourer’. On one of the scale pans was placed a small vessel representing the heart of the dead person, and on the other there was an image of the goddess Maat seated on a basket. As the beam tilted to one side or the other of the knife’s edge, it might condemn the unfortunate owner of the heart to be handed over to the Great Devourer. But if the deceased emerged victorious from this ‘weighing of the soul’, he was brought into the presence of Osiris, who welcomed him into the company of the blessed. (Grimal, 1992: 153)

By enacting the Weighing the Heart ceremony I wanted to weave a story around such a personally felt experience. In order to generate a capacity for empathy the story line of the script would have to be a relating of experiences that could be interpreted by the individual onlooker and absorbed into their heart chakra. Not only through an emotional vibration but also on an auditory level. Words are vessels of energy that create form; stimulating the imagination into shapes of light and darkness and can evoke feelings and memories of joy and pain.

Read Lindsay’s script for ‘Speaking from the Heart’ here One of my tasks was to coax the audience into connecting with the imaginal world. By offering the group a mystical glimpse of the after-life I was inviting them to share a spiritual journey that could become personalized by reflecting upon the 42 negative confessions. I sensed that the impact of my costume, collage and script definitely focused the attention of the group and invited broad speculation as the story unfolded before them. Did I achieve what I had set out to achieve? I believe that the creative process had manifested into a successful experiential scenario. Judging from the reaction of the group during and after the sketch, I had, in some small way, touched their hearts. In effect I had played out an ontological drama portraying the value of self judgement. Applying the concept of Maat as my point of reference I offered a perspective proposing how each and every material and abstract action taken by an individual affects the harmony of the universe and how one’s personal actions and intentions affect the evolutionary refinement of the soul.