‘Looking out of my window’ – Laura Acebes García 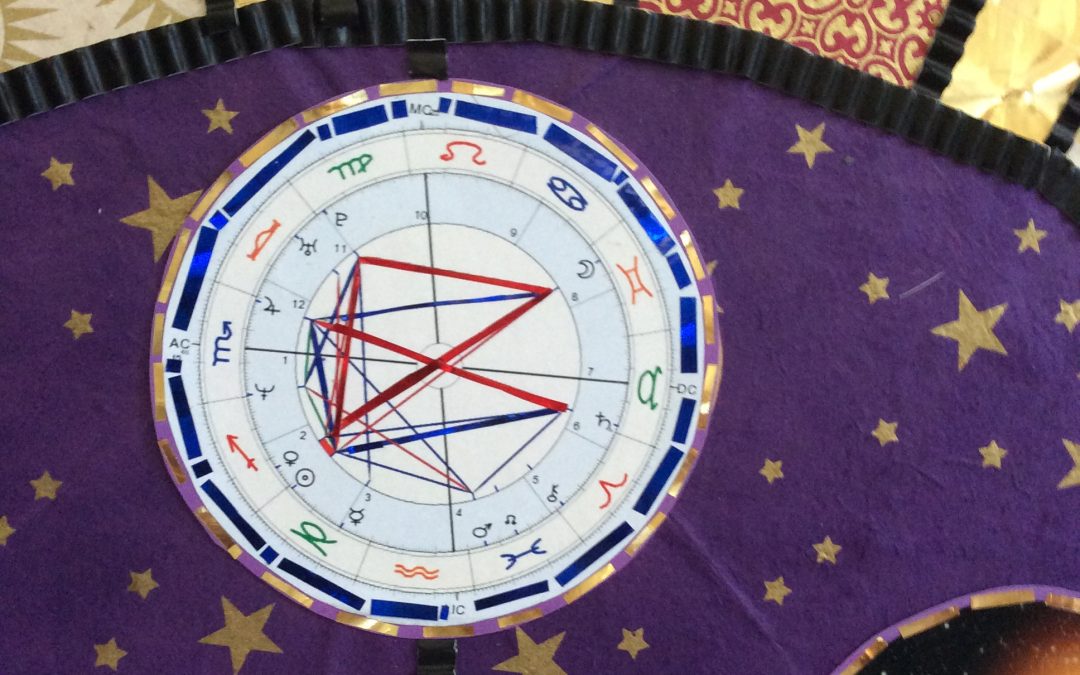 Following the aims of transformational learning theory and using art as a means of expression, I have attempted to do an exercise that showed how I have engaged with the materials presented in the MA course. At the beginning of my studies I was not familiar with most of the themes that are at the core of the MA programme, such as symbolism or divination. During these years of learning I have discovered and rediscovered different areas of knowledge that have impacted me in many ways and that have contributed, and will still be adding, to my growth as a person. Therefore I wanted to create something that reflected what the MA has meant for me. I also visited several art exhibitions, I went to art shops and art galleries, and it was in one of those visits that I found a collage of the city of Canterbury that I bought and used as my inspiration. Just as this artist had included different landmarks in Canterbury and had arranged them in his own particular way, I wanted to do the same in my project. I intended to include the most iconic topics in the MA and I sought to find a container the same way this artist had used the Canterbury wall. I wanted to create something that would be a sort of memento of my time here, and also something that would show the way I had engaged with the MA material. Collage of Canterbury by David Beaney

The layout of the images was ruled by their colour. I put the brown, earthy colours below, green and orange in the middle, and blue and other colder colours in the third level. Curiously this arrangement resulted in a kind of thematic unity- the bottom part seems to contain the myths, the ancient knowledge; the middle part creativity and dreams, the top part the brain, consciousness, and science. It is interesting to note that Jaffé (1964, p.258) claims that the role of consciousness in modern painting also arises in connection with the use of chance as a means of composing paintings. She argues that in these compositions it is chance that gives depth to the work of art. There are seven spaces in the window and I made the decision to echo the seven parts of the MA. I was also aware that number seven is an iconic number- there are 7 colours in the rainbow, 7 days of the week, 7 wonders of the ancient world (see Pukas, 2014). When I thought of the top part as being the dissertation I decided this is where I should be located in the window and I thought of drawing three circles. According to Jaffé (1964, p. 240) the circle is the symbol of the self, it expresses the totality of the psyche in all its aspects, including the relationship between man and the whole of nature. She claims that regardless of where the symbol appears, it always points to the single most vital aspect of life- its ultimate wholeness. I decided to put my birth chart in the middle because, although I do not know anything about astrology, during the MA I had a chance to meet many astrologers and I have grown fond of it. I do not know what my chart means, but I thought it would certainly be a good symbol of my personality.