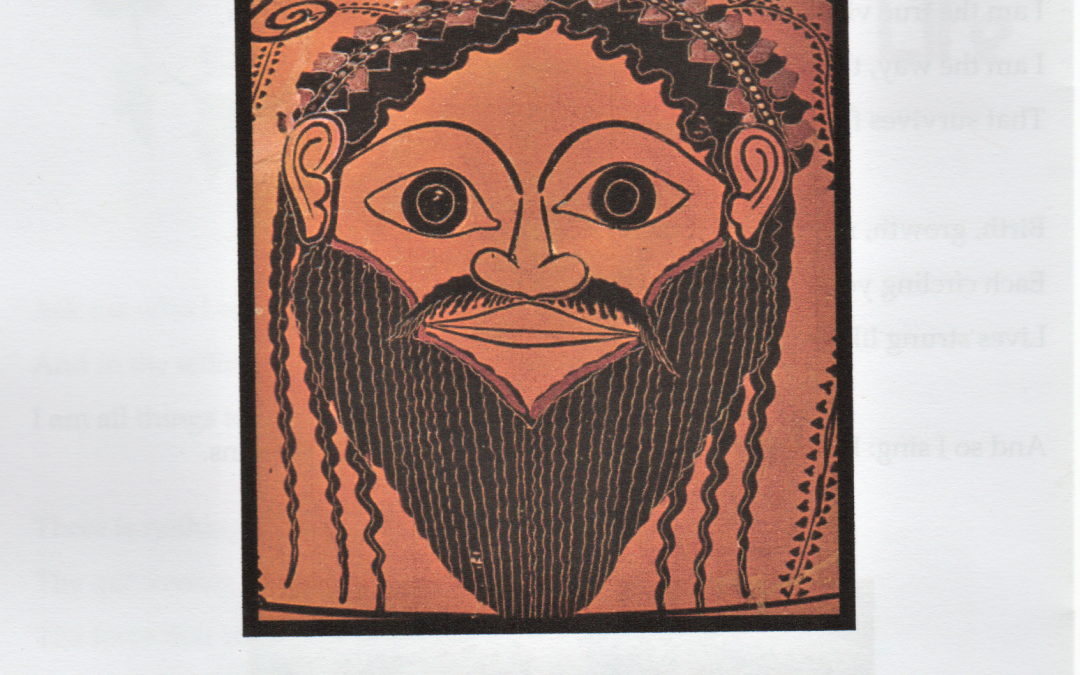 The inspiration for my creative project arose out of an essay on the role of symbolism in the Dionysian rites. I developed a very personal connection to the material, trying to imagine what the rites may have felt like for those who participated – the essay was formal, but as I wrote my head was filled with spontaneous images and lines of poetry. I wrote the poem in four sections to reflect the Four Levels hermeneutic (also the idea of cycles of life and death, and of seasonal flow) but allowed the work to grow organically. With Dionysus as the narrator, I hoped to capture some idea of this deity’s compulsive attraction and beyond that to contemplate what ‘deity’ might signify in the first place. My professional work involves teaching and practising astrology, at the centre of which are the gods of classical antiquity – for some astrologers these represent psychological drives or Jungian archetypes; for others there is a more overtly spiritual or religious connotation. Although Dionysus is not included in the astrological pantheon, the creative project was a way for me to question myself on my own understanding of deity. The images in this final poem might be taken in any number of ways, which I feel is
appropriate for a contemplation on the nature of death and the fate of the soul. I might
leave the last word to Linda Fierz-David in relation to this. As she has suggested, death itself is the supreme unknowable symbol, ‘forever on the other side of the boundary which is set for consciousness: it is an eternally impenetrable mystery’.