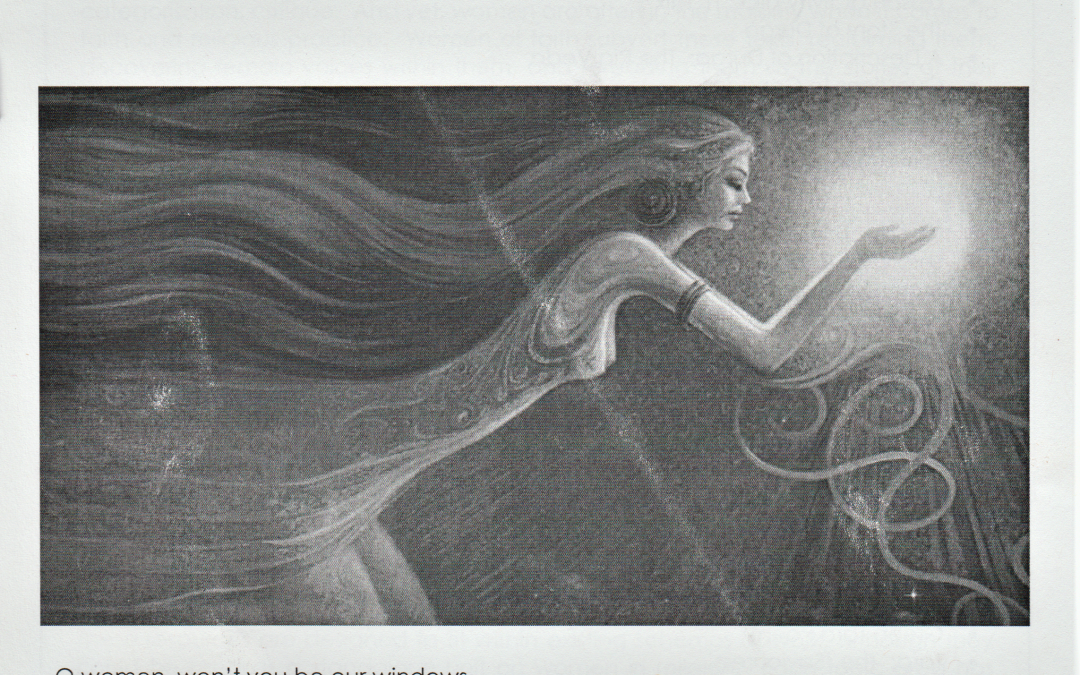 Religion and culture are intrinsically connected. As we move towards greater equality for women in the 21st century, the study of religion remains problematic, rooted as it is in the study of texts and their interpretation. The problem is threefold: Firstly, the majority of texts were written by men, so by their nature they express male perspectives. Secondly, the texts were written in patriarchal societies; contexts in which the oppression or subjugation of women was acceptable and expected, and these views are sometimes contained in the text, implicitly or directly. Thirdly, the ways of thinking that have dominated the study of religion and philosophy, especially in the West, have been archetypically masculine; logic, order, categorisation, critique. And yet, women are often in the majority when it comes to faith and religious practice. Women of faith subvert these texts, reclaiming them, discovering female voices within them, and rereading them as the stories of their own lives. When we study and teach Religious Education in schools without interrogating the issue of gender it is easy to step blindly into a study of the masculine; male perspectives, male priorities, masculine forms of wisdom. For a number of years I have taught RE in secondary schools, referring to Jesus, Muhammad, Shiva, the Buddha, Guru Nanak, Moses, Abraham, David, Plato, Augustine, Descartes… and only sparingly to Mary and to Durga. Women’s stories and perspectives can be an optional ‘add-on’, and the resources available are often sparse, making it more difficult for busy teachers to bring change in the classroom, and feminine wisdom, in the forms of intuition, creativity and emotional connection, are daunting areas for teachers to approach. These resources are not the start, nor the end. They are a small contribution to a growing movement within RE to better serve our students of all genders and to move towards a truly 21st century approach to the study of religion. In deciding what to do for my creative project I was torn between doing something purely ‘personal’ and perhaps trying to express myself through a new medium and doing something connected to my professional life as an RE teacher.  I chose the latter because I wanted my creative project to have implications wider than just the personal, and I wanted to explore ways in which my work on the MA could influence and transform my life and teaching.

One of the areas of RE that I had been feeling increasingly passionate about since starting the MA was the issue of female spirituality and the divine feminine.  I increasingly noticed a disconnect between my own understanding of spirituality and the experiences of the women around me, and the ‘religion’ I was teaching in the classroom.  I was also inspired by the work of Jeffrey Kripal and Iain McGilchrist in particular in their understanding of education and the learning process, and how in our institutions it has been increasingly dominated by empirical enquiry to the al life.  I also felt strongly about the representation of women in the RE classroom and wanted to address this as well. exclusion of the archetypically feminine qualities and processes like intuition, embodiment and creativity.  I wanted my project to develop my understanding of female spirituality, as well as integrating it with my profession.